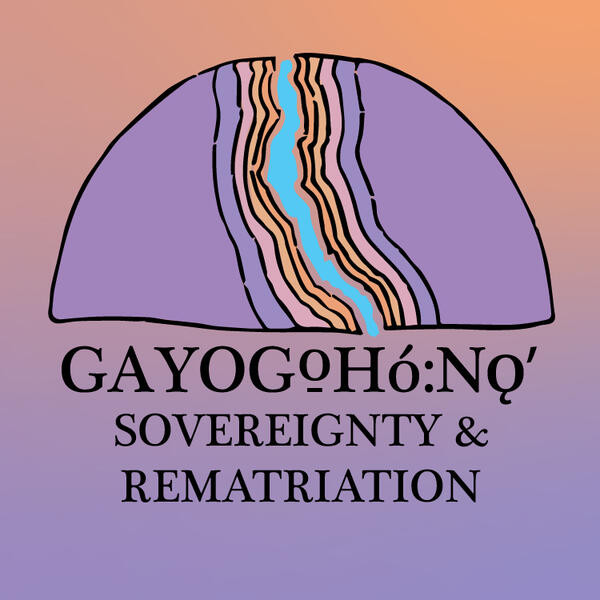 You are invited to participate in an online fundraiser held in the interest of the traditional Gayogo̱hó꞉nǫʼ (Cayuga- People of the Pipe). The Gayogo̱hó꞉nǫʼ are a sovereign nation of the Haudenosaunee confederacy. It is an urgent need to support the Gayogo̱hó꞉nǫʼ traditional leadership of chiefs and clan mothers in ensuring the future of the traditional community in their sovereign territory. Donations made through Tiny Seed Project will be used to ensure the Gayogo̱hó꞉nǫʼ can continue their rematriation effort; including housing, land and food access, educational opportunities, community development, and cultural security.Please click the button below to choose the amount of your donation, or to set up a recurring gift. You can also choose to cover the fees for your monetary gift to be processed, which allows your full donation to benefit the cause. GiveGab accepts international donations! 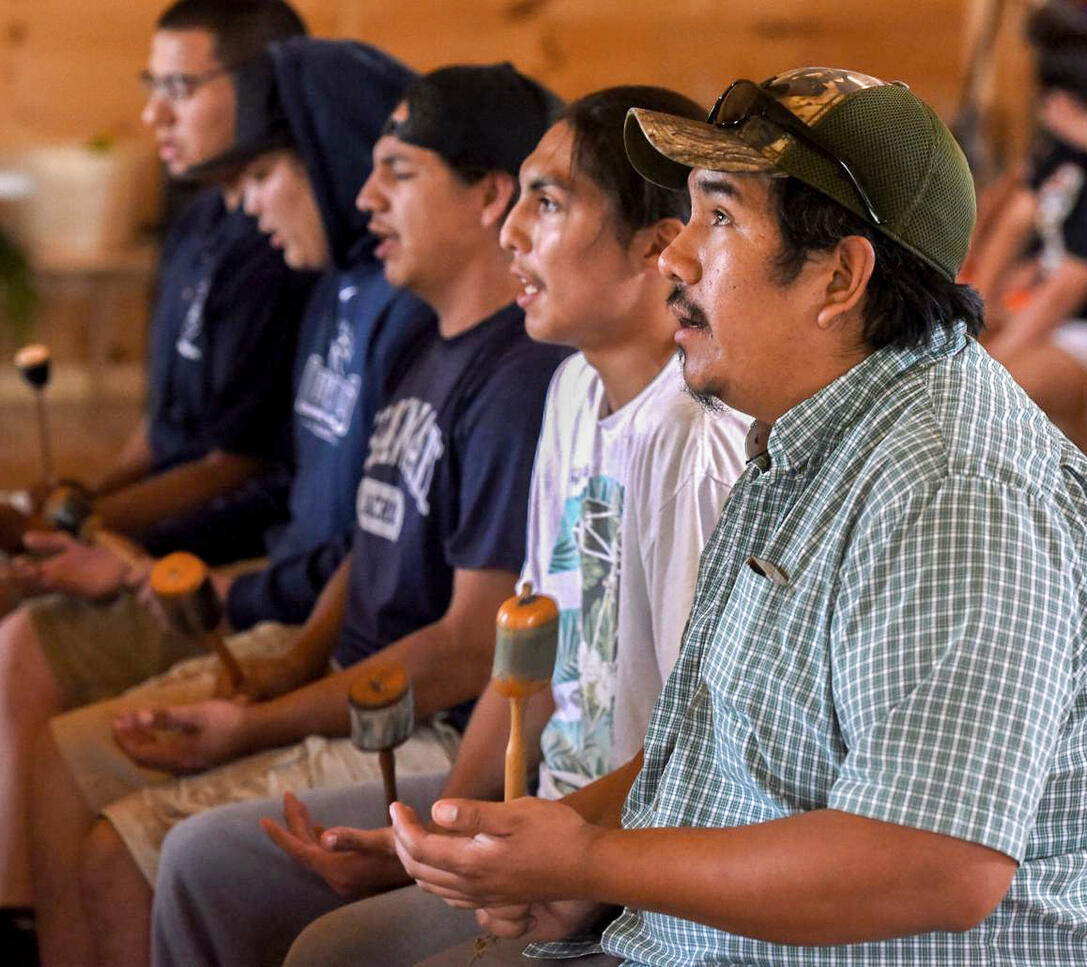 Tiny Seed Project is a 501(c)3 tax-exempt organization and fiscal sponsor of the Gayogohó:nǫ˺ Sovereignty and Rematriation Fundraiser. Your donation is tax-deductible within the guidelines of U.S. law. 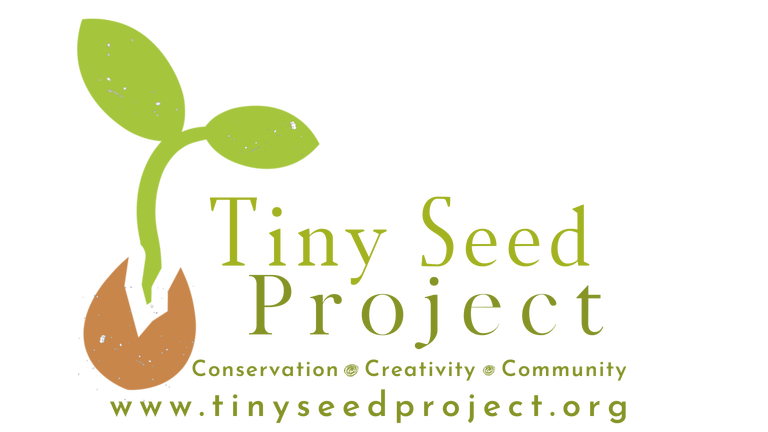 The Struggle for Sovereignty

New York State still will not recognize Gayogo̱hó꞉nǫʼ sovereignty and the Bureau of Indian Affairs names Clint Halftown as the Cayuga Nation “tribal representative”. Because of NYS and BIA’s refusals to recognize Gayogo̱hó꞉nǫʼ as a sovereign people, they continue to meet resistance in their struggle to exist and thrive. In order to support them in their various needs, ongoing access to funds is vital.Since the Seneca Falls community of fourteen families live in a NYS-determined “reservation area”, the people can and use legal means to prevent any action to collect taxes or take deeds by US government entities. Native sovereignty and government needs a homeland in order to function. While there are ongoing efforts to establish NYS recognition of Gayogohó:nǫ˺ sovereignty, at this stage, raising funds to support their legal, physical, and community needs is vital. Maintaining their presence in their homeland is important for the Gayogo̱hó꞉nǫʼ people's continued efforts to gain recognition of their treaty rights by NYS and the US, and the security of their cultural freedom as a sovereign nation. 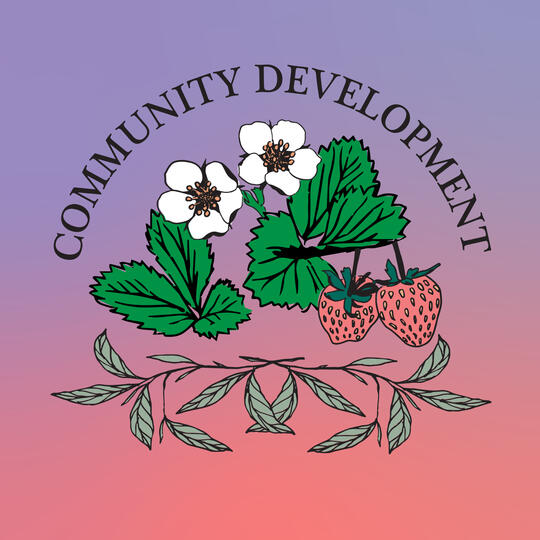 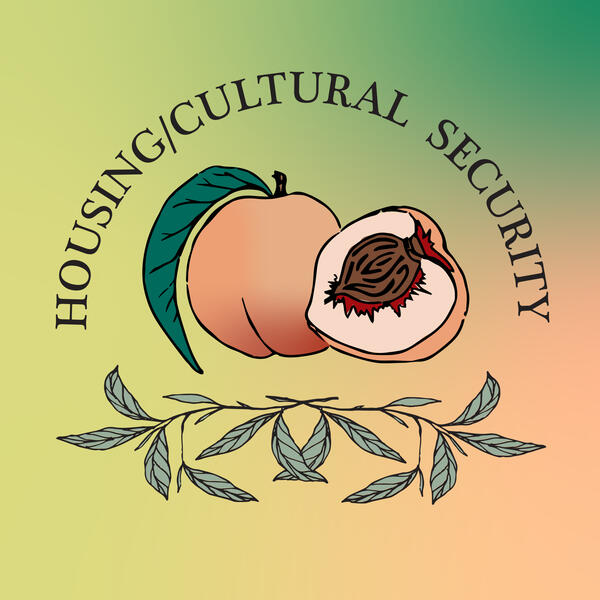 Access to housing in traditional territories supports Indigenous Peoples’ right to maintain and strengthen their relationship with their traditional lands and waters and to uphold their responsibilities to future generations. Many people are unaware that Gayogo̱hó:nǫ' (Cayuga Nation) people have remained in New York State since the American Revolution, and that the Gayogo̱hó:nǫ' live in the Cayuga Lake region today.
Gayogo̱hó:nǫ' people continue forms of governance given by the Peacemaker: each family has a clan, each clan has a clan mother who designates a chief. Chiefs and clan mothers follow the Great Law of Peace, and attend meetings at Grand Council in Onondaga (south of Syracuse). The Gayogohono people’s access to housing in their treaty-protected lands as a means to practice their culture is currently under threat, however.The traditional community in Seneca Falls continues to face the threat of housing insecurity, due to the US Bureau of Indian Affairs’ recognition of a non-traditional person as their official liaison. Though the chiefs and clan mothers have publicly stated that the BIA-chosen representative is not recognized by the Gayogo̱hó:nǫ' traditional leadership of chiefs and clans mothers, this person is still recognized by the US federal government as the “Cayuga tribal representative” and continues to threaten the traditional community with eviction and displacement. To learn more about efforts to remove Halftown from a position of power, please visit www.halftownmustgo.org 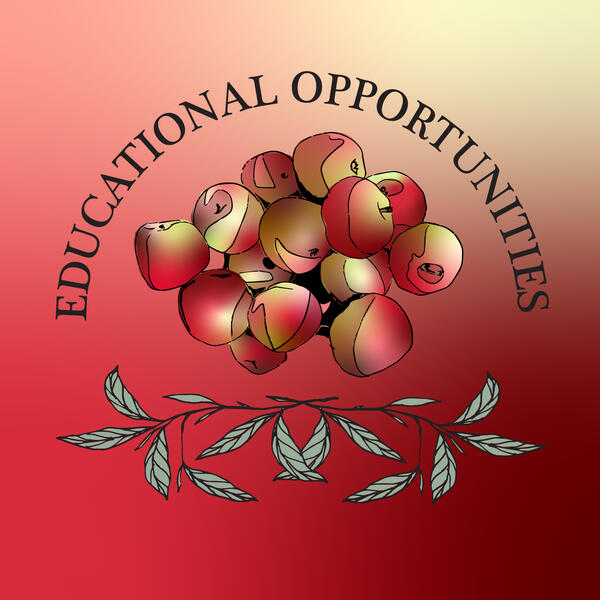 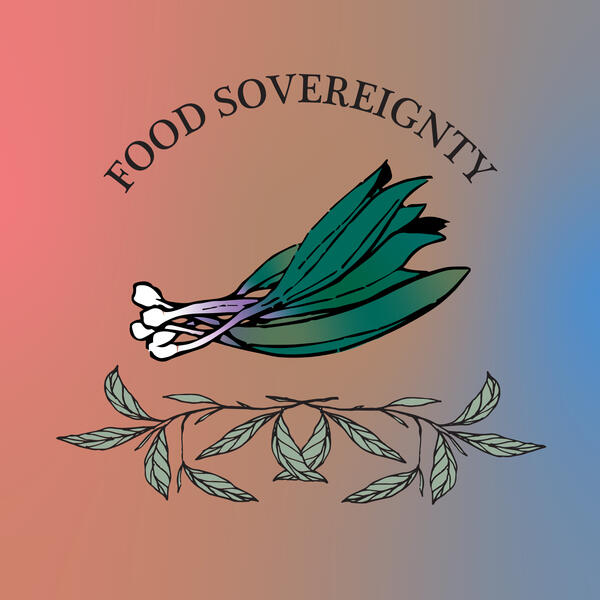 Indigenous values honor the relationships between the people and all other forms of life. These relationships of reciprocity and gratitude are held within the teachings of the Thanksgiving Address, which is spoken aloud by the Gayogo̱hó꞉nǫʼ to begin gatherings. Gayogo̱hó꞉nǫʼ people take their responsibility as caretakers of the earth seriously. Traditional ecological knowledge passed from generation to generation helped give the Gayogo̱hó꞉nǫʼ their long standing reputation as excellent tenders of fruit orchards and agricultural crops.The traditional community has been using their skills again on the homelands since the Cayuga SHARE Farm came into their ownership and the establishment of Gakwiyo Gardens in Seneca Falls. The SHARE Farm and the land in Seneca Falls provides opportunity for rematriation as long as these are held by the Gayogo̱hó꞉nǫʼ, as these parcels are within defined treaty boundaries. Gakwiyo Gardens is a site where seeds have been rematriated, descended from seeds saved by Gayogo̱hó꞉nǫʼ who went north across the river to Six Nations during the Scorched Earth campaign. The garden was attacked by the Halftown regime after the schoolhouse and businesses were destroyed. The traditional community continues to support themselves and remain in their homeland despite these attacks. 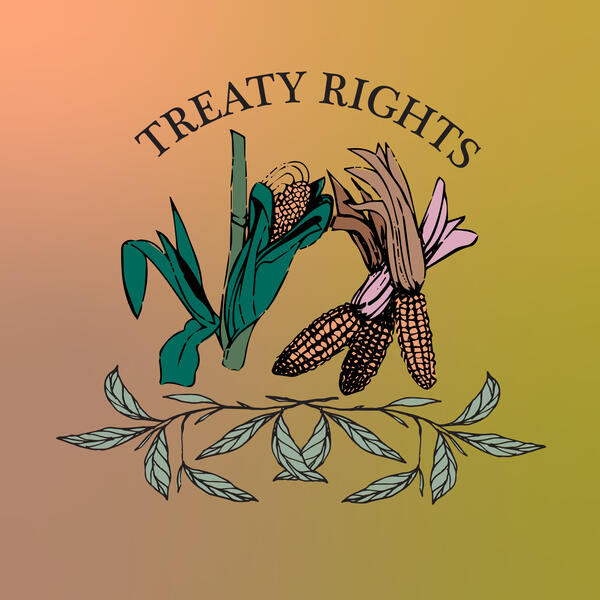 The first treaty that Haudenosaunee nations entered into with Europeans was the Tow-Row, with the Dutch. All was stable until the Revolutionary War. Although the Cayuga Nation remained neutral, it became the target of U.S. military attacks. Gayogo̱hó꞉nǫʼ villages were destroyed and its orchards burned. The people were forced from their homeland and the land was dispersed in parcels to American soldiers. In November of 1794 it appeared that the wrongful taking of Gayogo̱hó꞉nǫʼ land would be made right. The Treaty of Canandaigua was signed between the Sachems of the Confederacy Nations and the United States of America. This Treaty affirmed the Gayogo̱hó꞉nǫʼ’s rightful reservation as 64,015 acres of sovereign land. Unfortunately, the Treaty was ignored by New York and the homeland was not returned to the stewardship of the Gayogo̱hó꞉nǫʼ.However, the US government still provides treaty cloth to the Gayogo̱hó꞉nǫʼ each year. While the amount is miniscule,Gayogo̱hó꞉nǫʼ leaders see its delivery as confirmation of treaty responsibilities by the US.The cloth is a bridge to the Treaty of Canandaigua, signed on Nov. 11, 1794, in Ontario County, where a group of chiefs negotiated with Timothy Pickering. In Canandaigua, he represented President George Washington, who later signed the treaty. The document established “peace and friendship” between the United States and the Six Nations. It involved an American promise to never seize or disturb native lands and it included the guarantee about the annual provision of cloth.

The HalftownMustGo campaign (unaffiliated with gayogohono.org) aims to organize people of the US and is led by non-Gayogo̱hó꞉nǫʼ allies proceeding in daily conversation and relationships of care with the Gayogo̱hó꞉nǫʼ community. All US citizens can collectively demand the attention of particular officials in the U.S. government, and for these officials to read the letter written by the Gayogo̱hó꞉nǫʼ Council of Chiefs in May 2021.Why take action?
Clint Halftown, the current U.S. Bureau of Indian Affairs-recognized representative for the Cayuga Nation, has perpetrated violent acts against Gayogo̱hó꞉nǫʼ (Cayuga) citizens. These actions include the overnight demolition of a longhouse, daycare center, businesses, dwellings, gardens and fruit trees, and more. The Cayuga Nation Council of Chiefs, as well as the Clanmothers and citizens to whom they are accountable, have denied Clint Halftown’s ability to speak and act in the name of the Nation.Why NOW?
Halftown is attempting to use legal action to ensure Seneca County sheriffs reinforce the legitimacy of his self-proclaimed “Tribal Court".If the Seneca County sheriffs set a precedent of legitimizing of his “Tribal Court,” it would lay a foundation for Halftown’s to perform future evictions of Gayogo̱hó꞉nǫʼ people from their homes on their original territory.What can you do?
Contact the officials using the contact information and scripts listed below!Contact Seneca County Sheriff W. Timothy Luce to demand he make a public announcement that his office will NOT enforce any judgments that have originated in Clint Halftown’s “Tribal Court.”
Twitter: @SenecaSheriff
FB: Seneca County Sheriff's Office
Use #HalftownMustGo #NoHelpForHalftown
EMAIL: [email protected]
CALL: (315) 539-9241
Script: Hello, this is a message for Sheriff Luce of the Seneca County Sheriff's Office. My name is [YOUR NAME] and I’m calling to demand that you not enforce any judgment against Cayuga Nation citizens, no matter what the Seneca County Court rules. Please make a public announcement that your office will NOT enforce any judgments that have originated in Clint Halftown’s “Tribal Court.”Contact Kimberly Bouchard, Darryl LaCounte, Bryan Newland (contact information listed below) to insist that they do all in their power to end Bureau of Indian Affairs recognition of Clint Halftown as the “federal representative” of the Cayuga Nation.
Script: Hello, my name is [YOUR NAME] and I’m insisting that [Official’s name] reads the Cayuga Nation Council of Chiefs’ letter from May 2021 and do everything in his power to ensure the BIA enacts the demands within it, including the revocation of BIA recognition of Clint Halftown as the “federal representative” of the Cayuga Nation. The Council of Chiefs is the rightful governing body of the Cayuga Nation with which all levels of the U.S. government should be engaging in the Nation-to-Nation relationship. This matter is of critical concern to me because in continuing to recognize Halftown, the U.S. government is violating the Two Row Wampum Treaty and the self-determination of the Cayuga Nation. By continuing to recognize the Halftown Council, your office enables and empowers someone who has committed acts of violence against Cayuga Nation citizens, including the destruction of a longhouse.Kimberly Bouchard (Acting Regional Director of the Bureau of Indian Affairs Eastern Regional Office)
EMAIL: [email protected]; [email protected]
CALL: (615) 564-6500
FAX: (615) 564-6701Darryl LaCounte (Director, Bureau of Indian Affairs)
Email: [email protected]; [email protected]
Phone: (202) 208-5116
Fax: (202) 208-6334Bryan Newland (Department of Interior, Deputy Assistant Secretary- Indian Affairs)
Email: [email protected]; [email protected]
Twitter: @RealBNewland; @USIndianAffairs
Phone: 202-208-7163 Say hello or ask a question